Shinkicker, Moonchild and a Roryfied Strat__

This is the pictorial journey of two longtime Rory fans
and a Roryfied Strat.

In our first picture, we see Rory playing 'Out on the Western Plain' in Canada.  In the lower right hand corner, we see a starry-eyed Moonchild watching Rory while clutching one of Brendan O'Neil's drumsticks. Seems that the fan in the middle of the picture with the glasses caught it. He tapped Moonchild on the shoulder and said "You deserve to have this because I never saw a girl who could sing along with all of Rory's tunes". A proud moment! After the show, with some help from a friend, she was able to meet Rory in his dressing room. She relates that Rory was sweet and interested in all of her ramblings, mostly consisting of "We love you" and "We love your Music". Speak about stage-struck! 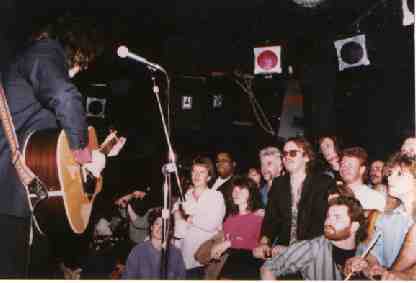 Well, the romance of Moonchild and Shinkicker blossomed, fueled in part by their love of Rory and his music. Shinkicker bought himself a Strat and serenaded Moonchild with Rory tunes. Let's take a look at the Strat before it was Roryfied. 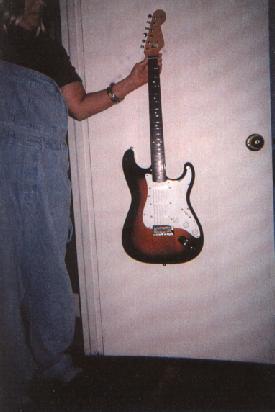 Shinkicker played the Strat and Moonchild was the singer in a band called Urban Angel. The band used Rory tunes as its staple. In a moment of inspiration, Shinkicker decided to pay homage to our hero by Roryfying his Strat. Moonchild watched in fear as Shinkicker broke out the paint remover and torch and proceeded to Roryfy his guitar. Somehow, it's hard to imagine that Rory's Strat had a similar evolution! Let's take a look.

Next up is a picture of Shinkicker and the Strat in action. 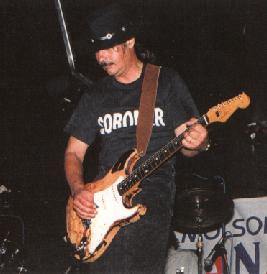 Below is a picture of a reunion of Urban Angel at a benefit concert. We see Moonchild belting out a Rory tune, while Shinkicker lets loose with his best Rory licks. 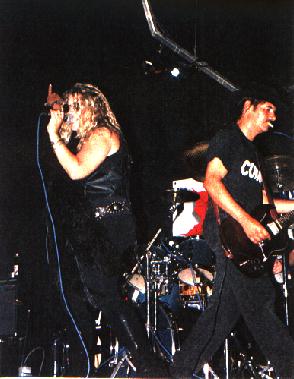 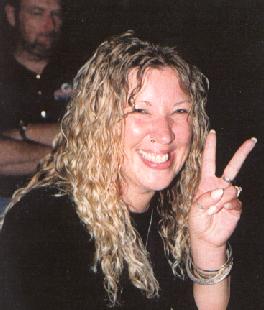 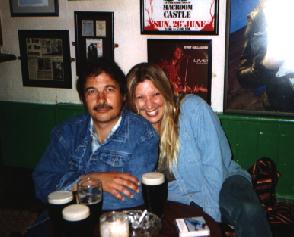 Joyce and Perry livin' large at the Rory Bar!!!!!

E-MAIL the stars of our story
joyceandperry@hotmail.com 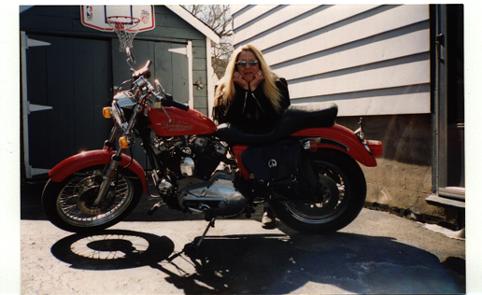 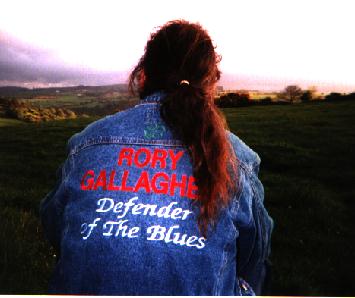