Rory Gallagher has taken part in hush-hush recording sessions with the Rolling Stones, the NME learned this week. He flew out to Rotterdam with the band and spent 48 hours in the studios, where the Stones were recording another couple of tracks for their next album

David Oddy, Gallagher's manager, told NME: "Rory has been friendly with Keith Richards for some time, and it was at Keith's invitation that he joined the Stones in Holland. Of course, this was only a guest appearance, and there is no question of Rory joining the Stones on a permanent basis. In fact, no sooner had he returned to London than he had to fly off to Japan at the start of his own world tour."

A Stones spokesman commented: "They are not in any hurry to find a permanent replacement for Mick Taylor, and they intend to use various guest guitarists on the new album." NME understands that ex-Mountain stalwart Leslie West may be another guest to be featured. Jimmy Page and Ron Wood have already contributed to individual tracks. 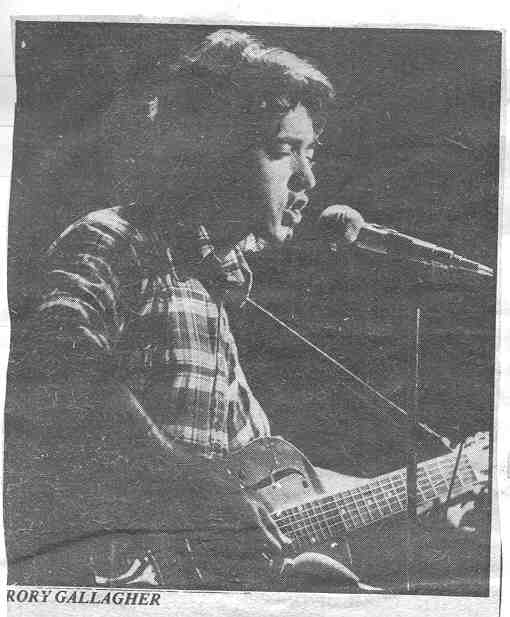 NME refers to New Musical Express.
Thanks to Patrick Kennedy for passing this article along.
reformatted by roryfan
46