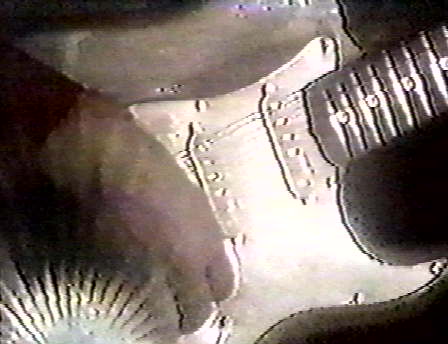 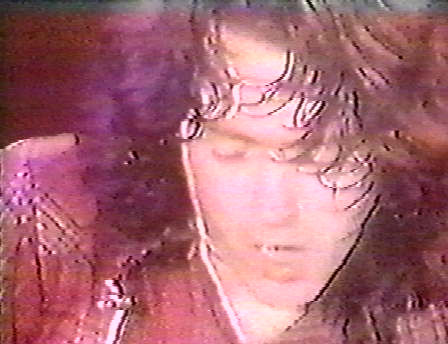 The Irish have a fetish for fast, frenzied music. Musicians hailing from this British isle attack their instruments with a passion, and in the case of Rory Gallagher, his much-abused Fender Stratocaster is a singing example of this axiom. His whisky-salted voice, blues-spiced music and leather-coated playing have made him a legend in his homeland and, via the vehicles of Taste and his current band, have spread his  name across the European and North American continents. Founding member of the pre-Cream trio, Taste, Rory’s early visions helped to create the blueprint for how exciting an instrumental trio can be. “I've always played as seriously as I could, but Taste was the first thing that I was into 100 per cent”

Taste was an Ireland-based trio which first found Norman Damery and Eric Kitteringham in the line-up; they were later replaced by John Wilson and Richard McCracken on drums and bass respectively. After several auditioning performances in London, the band was signed to The Robert Stigwood Organization for management and the Polydor record label; this caused them some problems, as Cream was also with both companies. “Oh yeah, it was hard,” admitted Rory, “but it didn't bother me; the only annoying thing was that if somebody was writing an article about you they'd invariably mention Cream or Jimi Hendrix. But to me now I admired them but I had a three-piece before Cream was formed - - - for what it's worth."

Growing pressures on the group (which resulted from the popularity of their second and last album titled On The Boards) caused Rory to break up the band in 1970. “That thing, that reason for playing was gone.” After the split Rory joined with Wilgar Campbell and Gerry McAvoy (from a band called Deep Joy) and in February of ‘71 recorded his first album away from Taste. That album (simply titled Rory Gallagher) was released in March of 1971 and was followed about six months later by a second effort called Deuce. Blueprint, his third album, revealed a member change: Wilgar Campbell left the group because of an inability to cope with the strain of touring and was replaced by Rod de’Ath. The biggest change, however, came with the addition of keyboard man Lou Martin; it was the first time Rory had worked with ivories (though Atomic Rooster keyboardist Vincent Crane played on two songs on Gallagher's first solo album).

“It's been good working with keyboards but it's a question of either you get a guy who can add and also vanish when you want him to vanish within the music so it's not pounding all the time. Working with just guitar for so long I just wasn't sure, but he's so versatile, he can play ragtime blues, flues, he's a Jerry Lee Lewis fan and he's got classical training.” Martin, as Rory described, provides a solid chordal element to his playing, so that the guitarist doesn't have to imagine the chords while he's playing a solo or play the rhythm during his soloing phrases. It also gives the Irishman a chance to play a sort of second semi-lead/semi-rhythm line behind Lou’s piano.

But Gallagher is the first to admit that there really hasn't been any tampering with the basic flavor of his music. “It hasn't changed anything, I still play the same way; it's just an addition. I wouldn't say it's taken any pressure off me, but it's given me a little more room; you know with one guitar in the band you have to be sure and play certain chords and hold it together on a rhythmic side of things.” There is a slim possibility of adding a “friend” here and there for various tours, but he's reasonably sure that the four-piece is what he'll be sticking with.

“Ooh, I don't know, I might add some brass, whatever’s cool. But I think what I’ll do is keep the four-piece thing together and add for a tour or a half a tour this friend of mine or that friend of mine; but you never know what's going to happen.”

With the new outfit, Rory has been anxious to get out on the road and do some touring (they just recently finished a large-scale program with the played a series of shows at various local U.S. clubs). A newly-released album called Tattoo reflects some of Rory’s experiences here in the States; he feels that, like anything else, lengthy exposure to any element is bound to affect you in some way. “The touring probably added a certain wash to it but I don't think it changed it drastically; it might have made it a bit slicker, you know, it might have tapered it down and made it a bit more sharp, but I don't know; that might have been the case. [Tattoo] is more satisfying [for me] to listen to than Blueprint; it's a little less diverse in styles and a little more of a theme running through it. It's a bit more electric but it has certain resemblance's in sound and style.”

Rory Gallagher's only concern in playing music is a desire to achieve a sense of fulfillment in himself and in his audiences. His biggest problems in playing live are a lack of time to introduce new material, and difficulties in designing a varied and interesting program. “See, the thing that's so annoying is I don't care if I'm 15th on the bill so long as I get to play all my stuff; I never have time to play acoustic guitar or mandolin or anything.” He senses that since the recording of Blueprint he has started in a new direction which will hopefully land him headlining spots for his next tour. “I think that was a new direction, Blueprint; a slightly new approach that I'm working on at the moment. It's more chords and I think some of the songs are developing more than they used to and I'm getting a definite style of writing. I've reached a recognizable type of approach; I've always worked as hard as I could on the songs but it's coming together now. Maybe because of the addition of Rod (De’Ath drummer] because he's such a good recording drummer, but I don't know. What I'm trying to say is I don't think I have to wear a pink jacket to be popular.”

Thanks to Mark Stevens & Shiv Cariappa for supplying this article.
reformatted by roryfan