A Broken Bottle and a lost chance
Maurice Finn's story 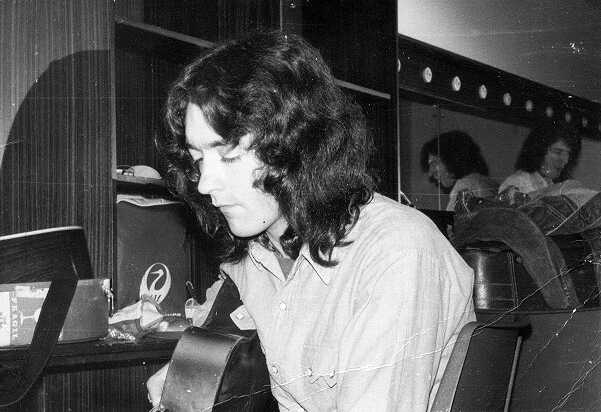 After a concert in Lancaster in 1975,  I managed to talk my way into the dressing room and met Rory and the gang. Being the polite chap that he was he offered me a bottle of Guinness and after drinking the said bottle I plucked up the courage and asked him to sign it. This he kindly did and I proudly left with my autographed Guinness bottle. A perfect end to a perfect night.

But I'm afraid Guinness was not the only alcohol to have passed my lips that night and to put in crudely I was well pissed.So in my drunken state I managed to fall over and break the Guinness bottle and I have regretted to this day. What a prize that would have been today - if only.

I did mention to him that I had seen him a few times in my hometown of Derry, N-Ireland and he stated that this was one of his favourite venues - Whether this was him just being kind or actually the truth I don't know, but it certainly cheered me up as at the time I was working away from home and feeling very homesick. 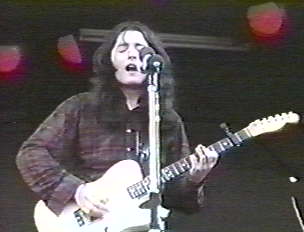 Another thing I found out only within the last few years was that when my sister lived in London she was 'seeing' Gerry Mac.  She told me about a few times they went for meals and Rory was there . She mentioned again how shy he was until he had a few drinks in him and he had one of the sharpest and driest sense of humours ever.

I have never really forgiven her for not telling me at the time as if I had known I would have had to travel the few hundred miles to 'accidentally drop in to see my little sister and her new friends.