ROCK ON RORY
by Eugene Masterson 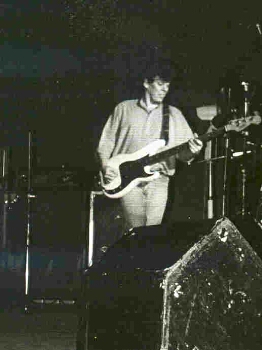 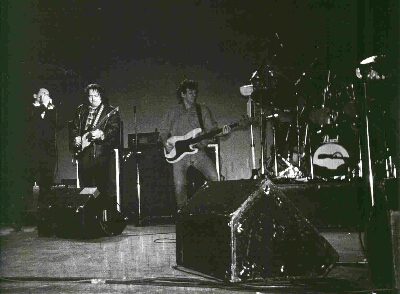 Photos by John Wainwright from the Royal Court Theatre-Liverpool 1988


Tomorrow is the 40th birthday of Rory Gallagher, Irish rock's greatest hero and a man regarded as a father figure who paved the way for other artists, including mega stars, U2, down the years. Today Rory talks exclusively to the Star about his life and times.


Mention guitar heroes this side of the Atlantic, and after Eric Clapton -  the name of Rory Gallagher springs immediately to mind.

The Irishman is one of rock music survivors and a born blues man.

Now, on the eve of his 40th birthday, he is looking forward to playing on and on -like his heroes Chuck Barry and Muddy Waters.

Muddy wasn't a pretty boy. He made a few bucks and got out as soon as he could."

It is five years since Rory's last album, Jinx.

Now he has a new LP -his 13th- called Defender which he considers his best to date.

He said "There is one song on it- Loanshark Blues -which is the best song I've ever written. "It's about a fellow who's not born a crook, but is obliged to work for the mob because he uses the shark to get money."

Rory, with his group, Taste, was one of the first Irish musicians to be signed by major record company -Polydor.

"It's impossible for people to realize the objection American and British record companies had to sign Irish artists in the '60s and '70s," he said. "All they could think of was the Clancy Brothers and people like that."

But the road he pioneered opened the way for other Irish musicians like the Boomtown Rats and U2. Rory says of U2: " I admire them. We may walk on different sides of the street musically. They do some things I don't approve of, but  I have great respect for them."

"It is a big ambition of mine not to be stuck away in some history book.

"I am trying to compete with the Hot House Flowers and Asia on one level, but I can't deny that I have been around for quite a while."

So does he feel like the father of Irish rock?